Lumibrite is an innovative development in Seiko luminous paints that has a brighter and long-lasting effect. This paint is completely free of radioactive substances.

In the past, all the luminous paints used to directly or indirectly rely on radioactive substances for an afterglow effect. However, after various changes and advances in technology, such paints based on radioactive substances were replaced by fluorescent luminous paints for a better glowing effect in dark by the release of light-energy stored from the surrounding light. Since this paint was free of radioactive substances, it was considered as a great advance. However, after a timed use it was found that the glow of this paint was short-lived as it tended to fade rapidly with the discharge of the stored light energy.

LumiBrite is a dramatically improved and advanced luminous paint that tends to rapidly grasp a greater amount of the light energy in its exposure and glows brighter and for a long span of time in the dark. Being completely free of radioactive substances makes it a great and eco-friendly choice. As the name suggests, LumiBrite glows brightly in the dark and fades slowly. It is the ideal replacement to both radioactive luminous paints and conventional fluorescent paints.

LumiBrite is an impressive kind of luminescence found in Seiko divers ranging from a few dollars to various models touching the thousands. According to some of the watch geeks, every collection in the range deserves an Orange Monster, partly because of the great lume that they offer. 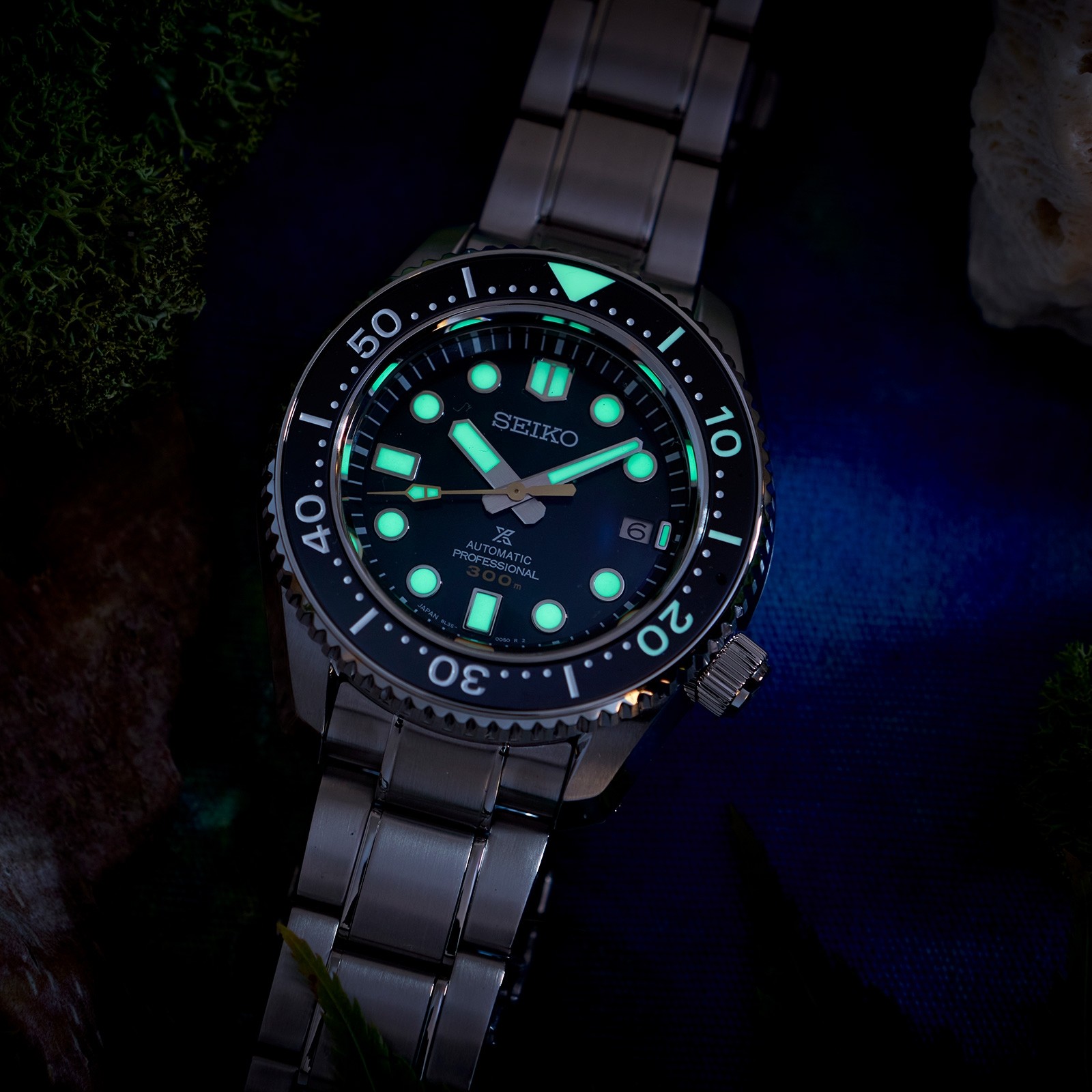 It is hard to find a specific date when Seiko officially introduced LumiBrite in the market, but it is said that it was used as far back as 1994. Since Lumibrite and Timex IndiGlo watches were introduced approximately around the same time, it is quite intriguing to note that Seiko’s marketing campaigns were gaining popularity with ads claiming that watches featuring Lumibrite glow 10 times brighter and longer than even before without any buttons to push.

As compared to other paints, Seiko LumiBrite glows at its full brightness after a short-timed exposure to sunlight or even artificial light (more than 500lux) for 10 minutes. The light lasts for about 3-5 hours in the dark, which amounts approximately more than 10 times longer than conventional luminous paint.

2. Eco-Friendly and Safe for Use

Since this paint is totally free of radioactive substances, it ensures safety for both the people and the environment. Unlike other conventional luminous paint, LumiBrite doesn’t harm the environment and does not have any side-effects on the user or the surroundings. Furthermore, since there is no legal restriction on its use, it is possible to cover even the entire dial with the paint for even better results.

As compared to other paints, LumiBrite has a stronger glowing intensity. This paint glows differently and for a longer period of time after storing light energy from either sunlight or artificial light. The light produced in the dark by this paint is comparatively brighter than others.

Since it is made of inorganic material, LumiBrite quality is sustained for a longer period of time making it of a semi-permanent use.